DoubleClick was launched in 1996 and is owned by DoubleClick. The domain DoubleClick.net was created on 1996-01-16.

Feed has no items.

Specbee · 1 week ago
@specbee
Integrating DoubleClick for Publishers (now Google Ad Manager) with your Drupal 9 website enables easy management of your pay-per-click ad campaigns. Learn the why and how of integrating DFP with your Drupal website here.

I Accept All Cookies 🇦🇺 🇬🇧 · 1 week ago
@NetizenShane
If your digital activation team is fatigued after a long week of Kenshoo or Google Ads UX, this is what an ad server looked like in 20 yrs ago. DART forced publishers to stop cheating on ad delivery, a major milestone at the time. #doubleclick #adtech #martech https://t.co/ITWAamTUxJ
View on Twitter 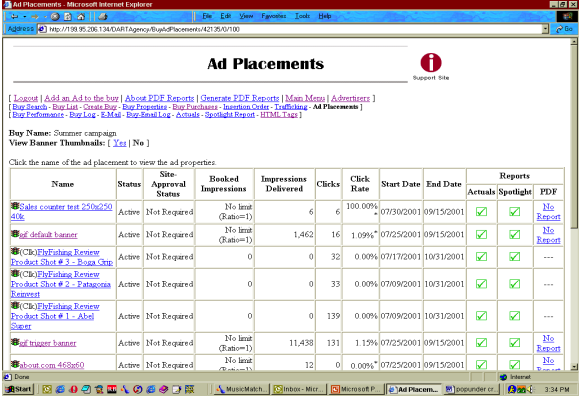